#LitCrawl2017 : New Year Parties To Add To Your Weekend Checklist

We don’t know how we got here but we are finally sitting on the last (extended) weekend on 2017 and if that doesn’t call for a party then we don’t know what does! We at Gedhi Route have created a comprehensive list of New Year Parties in Ludhiana to attend to end 2017 with a bang. So if you are wondering how to end 2017 and  start 2018, we have it all planned for you:

To set the tunes straight for 31st, Underdoggs has called in the band – Bismil. To have a rocking Saturday night, head here. 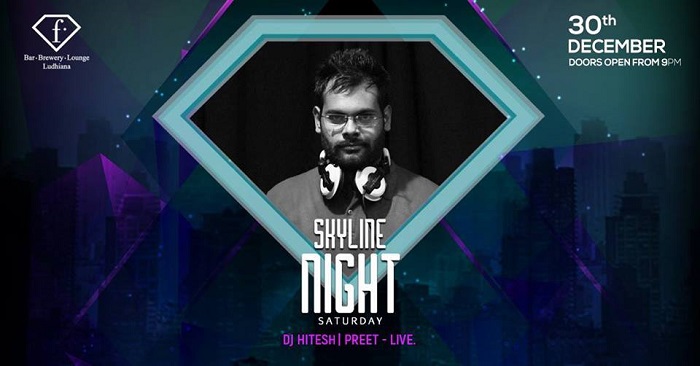 If mixed tunes is your jam then FBar is the place to be tonight. Dance away as DJ Hitesh plays some awesome tracks.

Imagine an open terrace, live music by Zephyr and some good food. Mellow chilling tonight before the big bang on 31st. 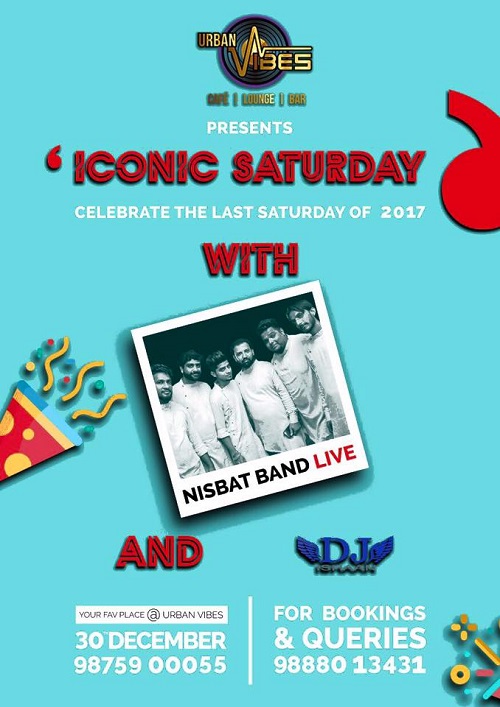 Hang out at Urban Vibes and tap your feet to the tunes of Nisbat Band. 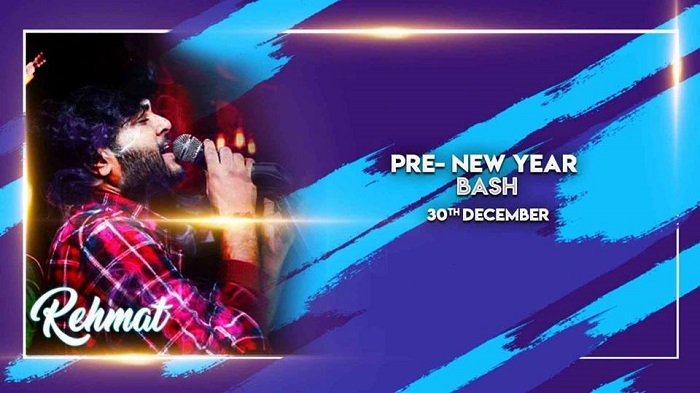 This newly opened rooftop has Rehmat band playing on their first Saturday night. Head out to check this place out.

This place really knows how to throw a party. At Upperhousee the entire day is a New Year Eve bash. Starting with New Year Eve brunch and then adding the party feels in the evening with Gurnazar performing live along with DJ Bhanu, DJ Sorab, DJ Daman, this place as always will be super-lit. For more details, click here.

Well if BPraak’s performing live, how can we miss that? It’s happening tomorrow so for more details, click here and get your seats. 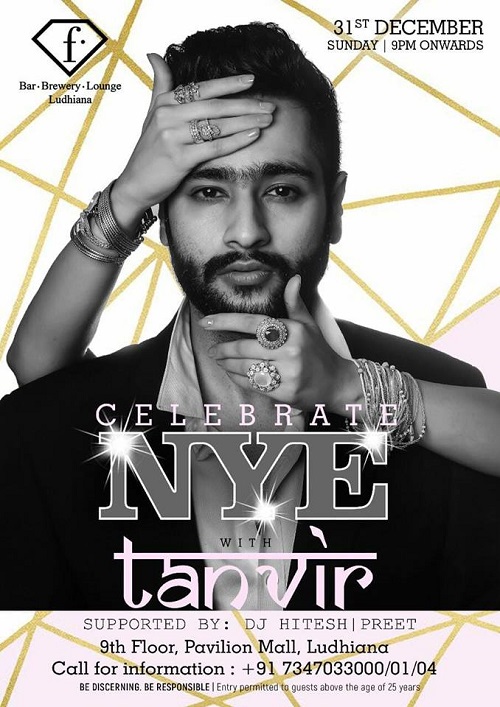 The city lad, who has been rocking a lot of parties pan India is coming back to his hometown for this awesome gig! DJ Tan in the house people… here’s an awesome way to spend your New Year’s Eve. Check out all the details here.

If a nice brooding Punjabi party is what you are looking for, then Stardrunks is the place to be. Yuvraj Hans performing live, in Ludhiana. That’s some feat courtesy Insomnia Events! Here are the all the entry details, just click. 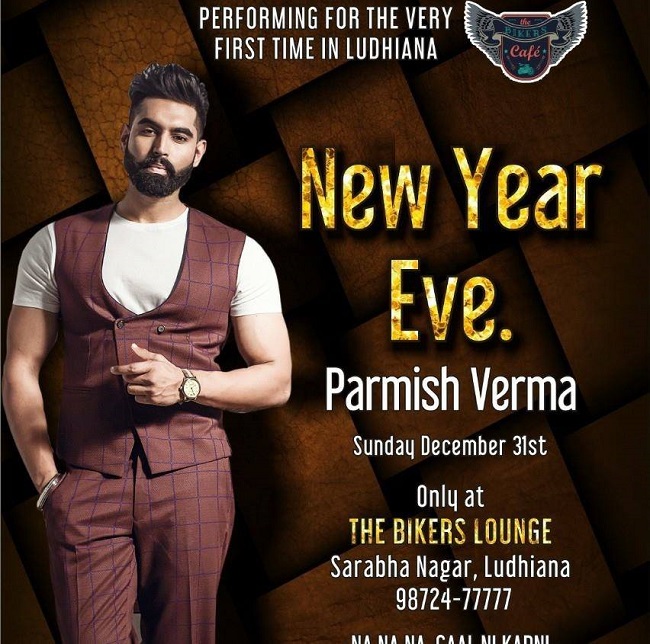 The Punjabi heartthrob, Parmish Verma is making a grand entrance at Biker’s lounge. Try and get on the guest list because from the sound of it, it seems like they have limited passes. 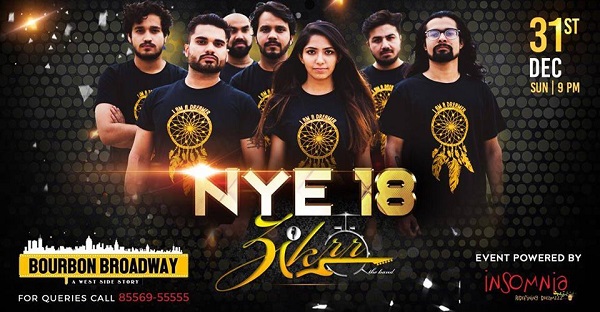 If partying in an open space is your thing, Bourbon Broadway is your place. Delhi’s famous band, Zikkr is performing live. For more details, check out their facebook page.

Swoon to Jeewan Khanna’s soothing voice and ring in the new year. Given the ambience of Peddlers, it will be a blast.

Give bands and live performances a rest and dance the night away at R2P on 31st. To get your tickets, click here. 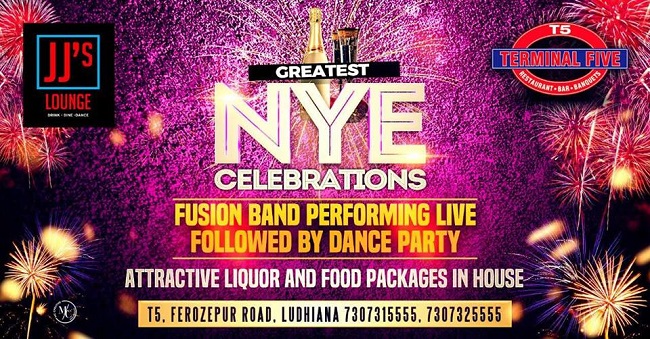 Want to try a different place? Head out to JJ’s lounge and listen to Fusion band performing live. Get your tickets here.

If canal road is where you want to be, Urban Vibes is hosting a stellar party with Stanley band performing. See here for all the details.

There’s a new place in town opening tomorrow and they have a killer band performing – Noor Band. Chill with some beer and nice music here. 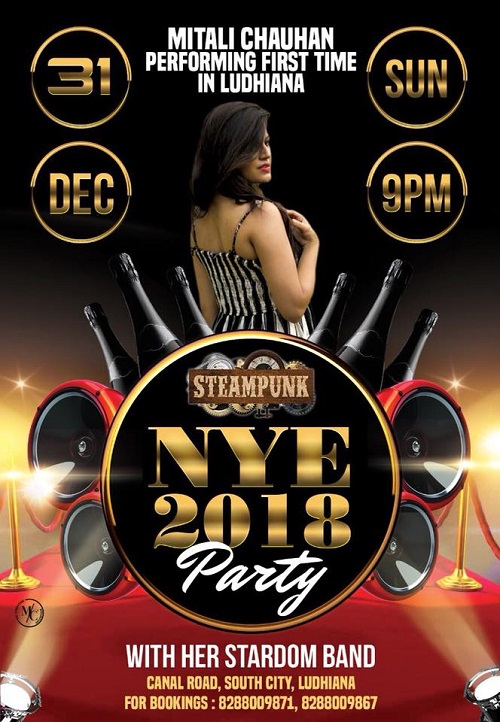 Start your New Year on a melodious note at Steampunk with Mitali Chauhan and stardom band. All the details are here, so click. 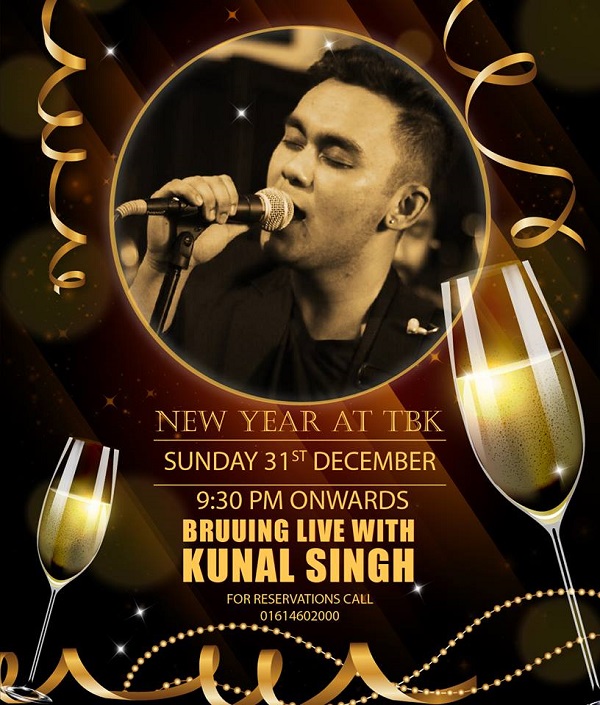 Kunal Singh is a regular to the city and The Bruu Kiln seems his haunt. If you are a fan, head out to The Bruu Kiln.

Welcome New Year on a rocking tune. With Karwan, the fusion band playing, Ghanta Ghar is throwing one happening party.

Head out to a unique ‘Dhol & DJ jugalbandi night’ where there will be games, a lot of food and drinks along with a lot of dancing! Hit here for passes.

If a club is where you want to chill, head out to Sutlej Club to enjoy Happy Raikoti’s performance. The entry might be restricted to guest list, so get in touch with the club.

This air plane resto has an awesome New Year Carnival. With 15 live counters, snowfall , game zone and live performances, this will be an out and out experience. For more details, click here.

Enjoy a yum ‘indian summerish’ dinner with live band performances. A typical family affair kind of new year’s eve is here for you.

A gala event. A family-oriented New Year’s eve with your loved ones. Hyatt is promising you one such night with neon Theme, live entertainment, lavish food spread, unlimited beverages, Kids area and much more. Click here for more details. 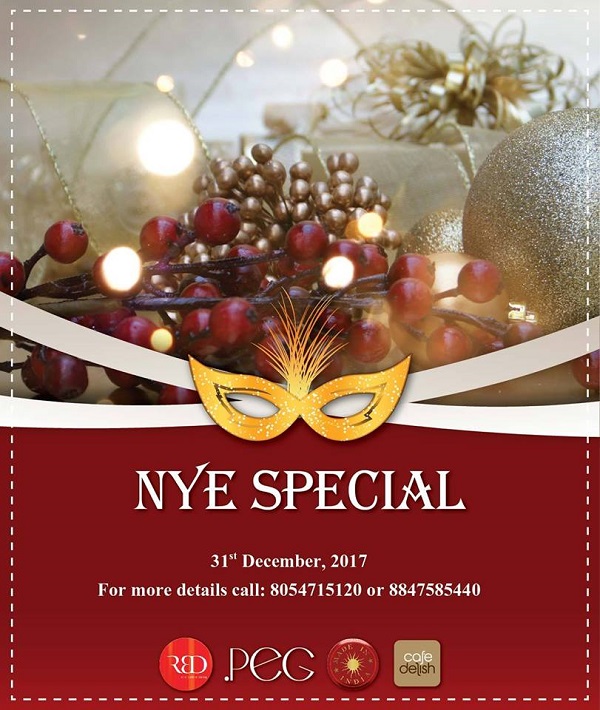 Raddison is providing you with a luxurious New Year Eve. From fancy buffets (Jashn-E-Punjab at Cafe Delish) to room stays, Gala dinner and spa they have everything. Click here to make your reservations.

Bidding adieu to the year by going on a photo walk. That’s every photographer’s dream. So join the crew for Mattewara Photowalk tomorrow. Here are the details.

So, what’s your plan?